If you’ve spent any time on the internet lately, you know that Wordle has taken over.

Our obsession has been endlessly analyzed and dissected. We’ve shared strategies and tips. It has been meme-ed and shared all over Twitter. It was even bought by the New York Times. And of course our insatiable appetite for the simple puzzle game has been the catalyst for multiple Wordle clones. Here’s a roundup of our favorites.

If Wordle isn’t enough of a challenge, this one will have you stumped. It’s even hard to understand how it works, but a previous Mashable article breaks it down: “Instead of starting with a secret word that players work their way towards, Absurdle doesn’t have a single word up its sleeve,” Sam Haysom explains. “The game starts with 2,315 possibilities and responds to each of your guesses by keeping the maximum number of potential secret words in its back pocket, forcing you to narrow its options down until you essentially trap the AI into only having one word left.” Truly diabolical.

For those who just want to watch the world burn.
Credit: Screenshot: qntm / Absurdle

If you’re one of those gifted people who needs only a few guesses to get it right, Dordle is for you. The rules are the same (five letter words, six guesses, green if the letter is in the right place, yellow if it’s in the word) but there are two words you have to guess. Think of it as the ultimate form of multitasking 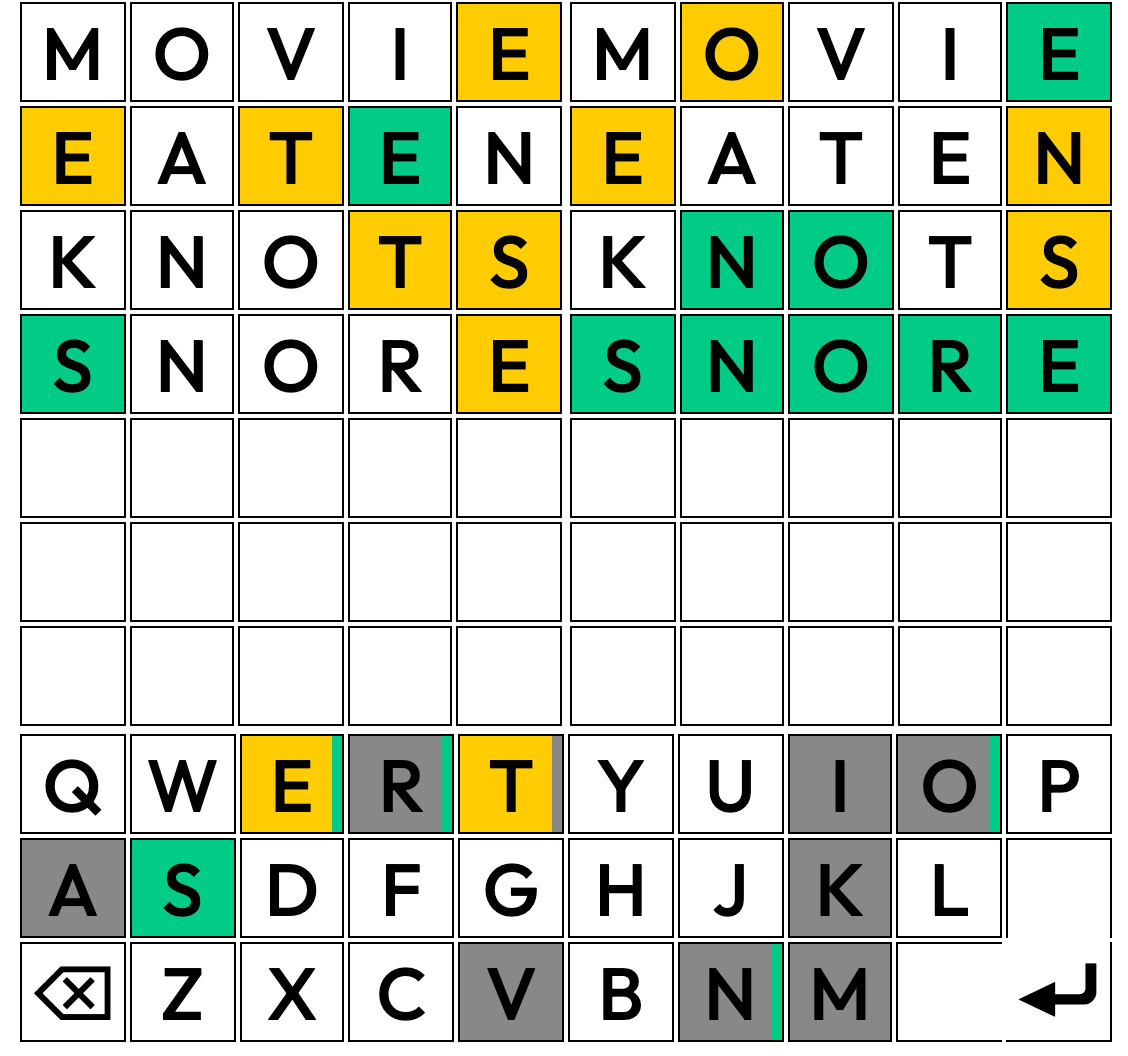 It was only a matter of time before someone came up with a NSFW version of Wordle. For those of us who instinctively jump to an inappropriate five-letter word, welcome to Lewdle, you need not get your mind out of the gutter. 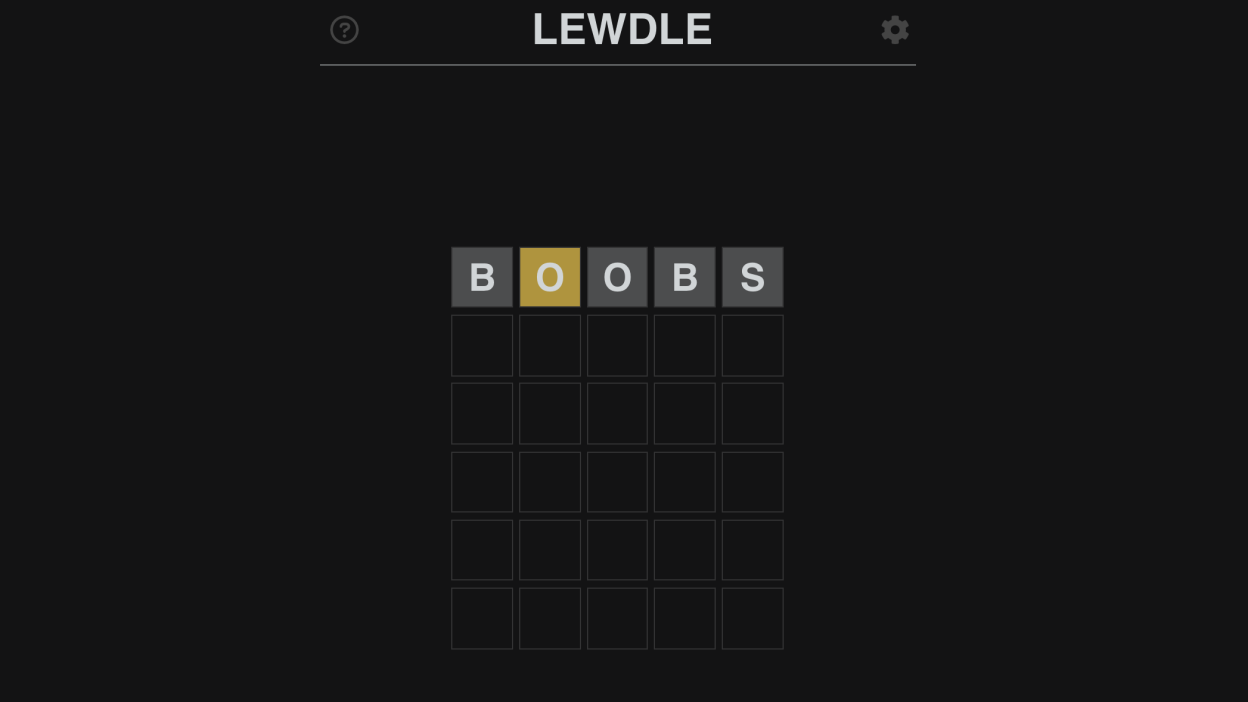 A safe space to act out your ‘Wordle’ fantasies.
Credit: Screenshot: Lewdle 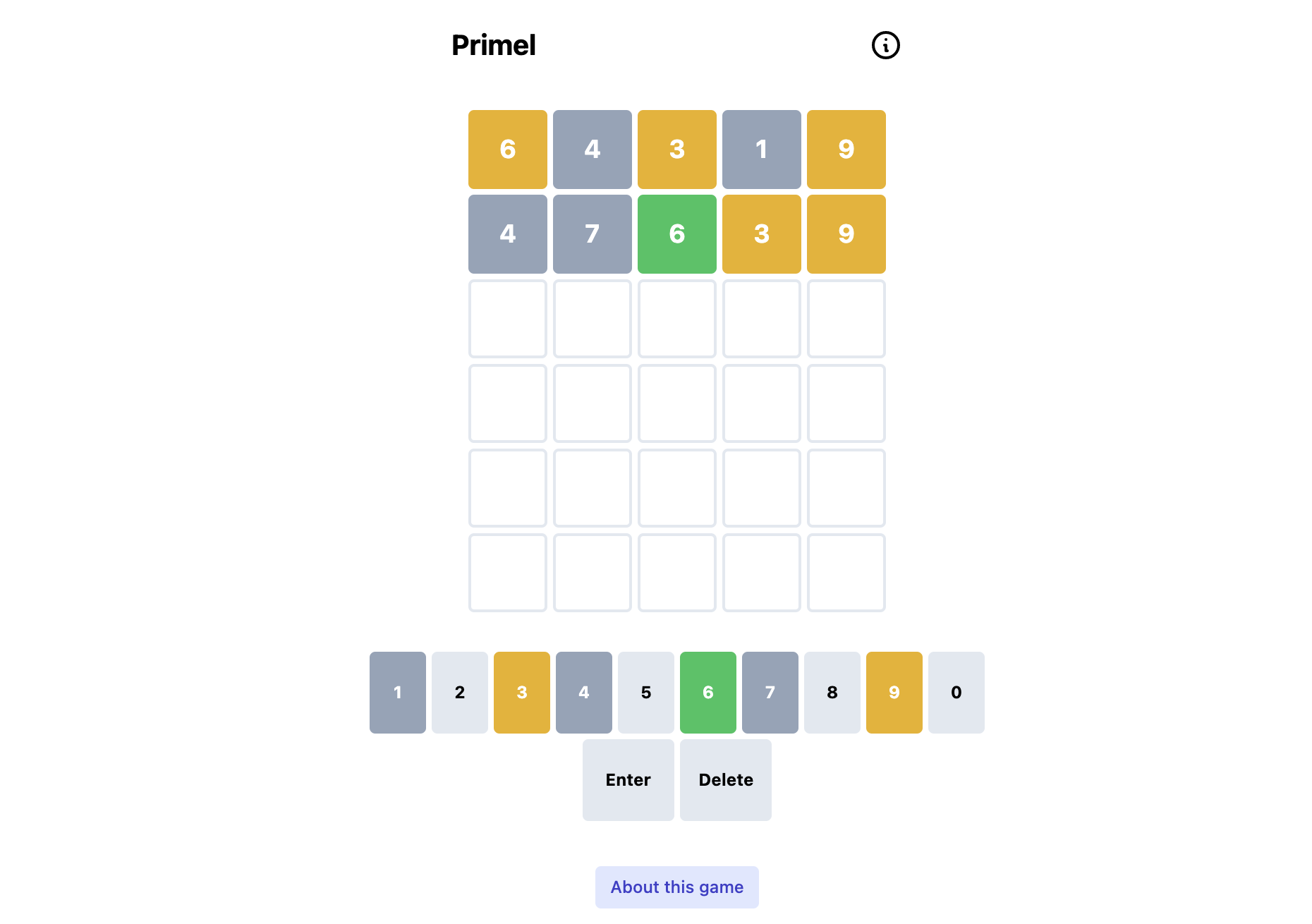 Similar to Lewdle, Sweardle zeroes in on the human tendency to be inappropriate. The major difference is that it uses four-letter words instead of five. It may sound easy, but you’ll soon realize that the the lexicon of colorful language is quite extensive. 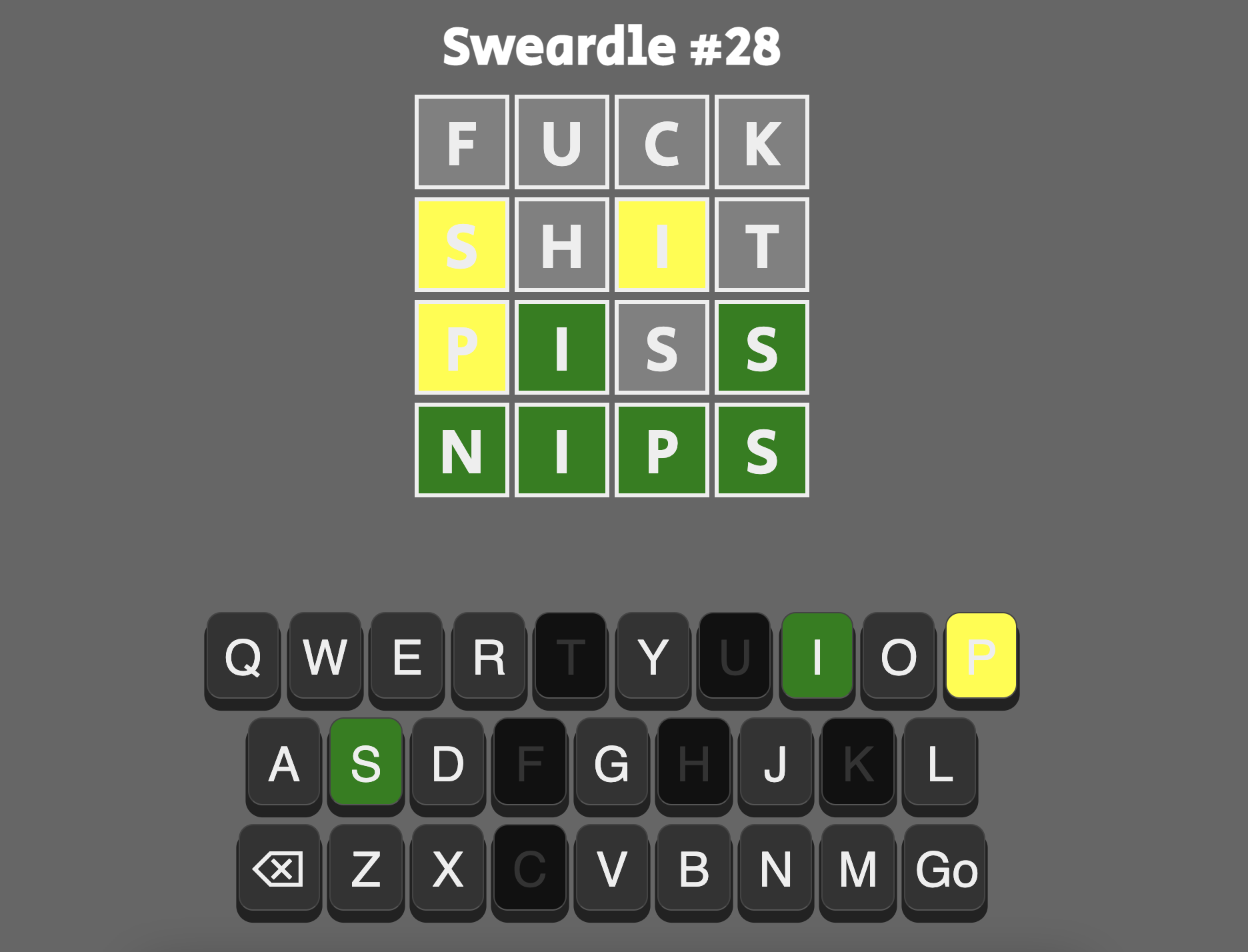 Self-described as the “yassification of wordle,” Queerdle challenges your knowledge of LGBTQ+ vocabulary. Everything is basically the same as the original Wordle, except the words vary between four and eight letters and is sometimes two words. Why? “Because queerness can’t be contained,” according to the instructions by creator Jordan Bouvier. 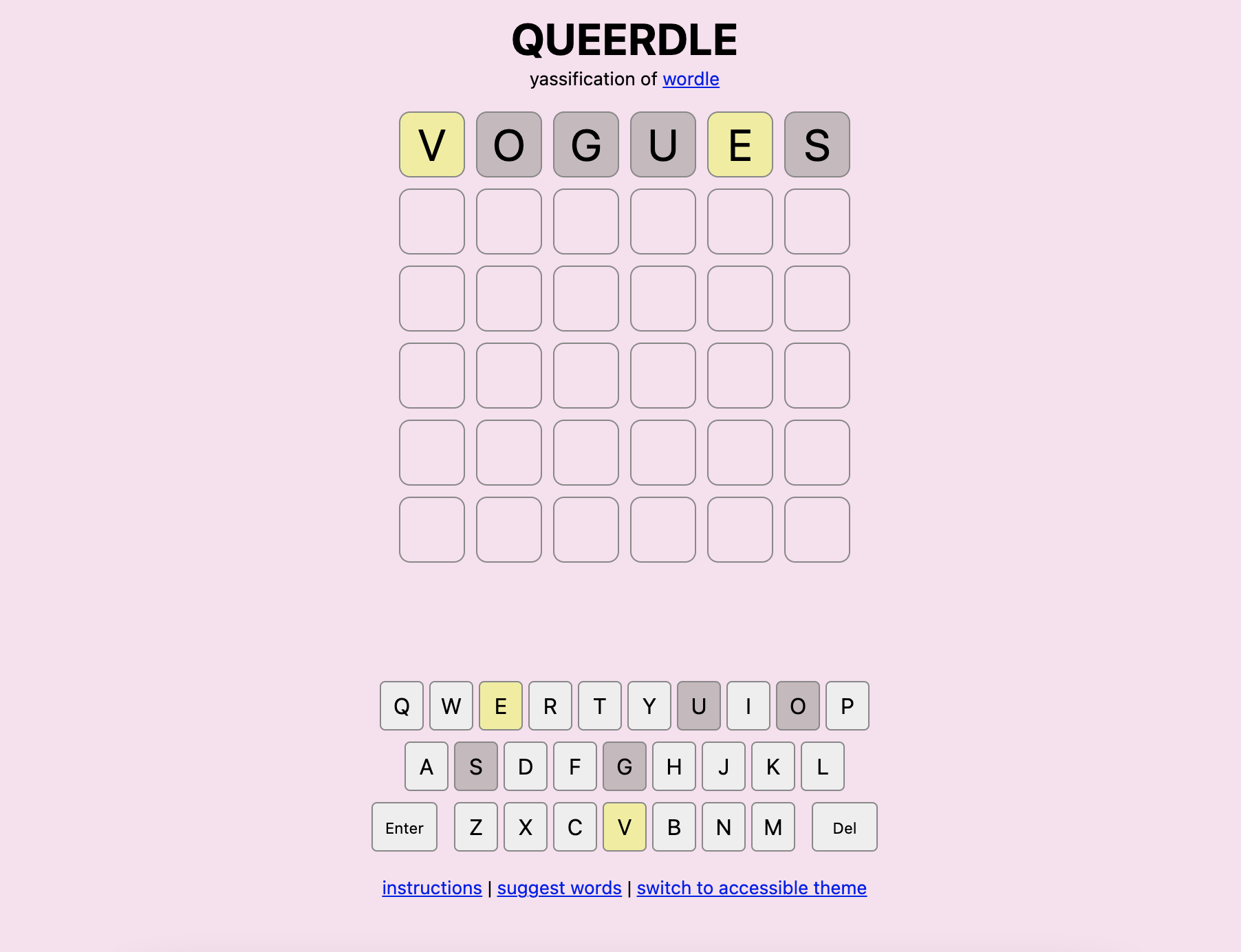 Making a Wordle clone is now becoming requisite for any stan community. And Swifties are nothing if not the ultimate stans. Using the same rules as the original, Taylordle is played with album titles, song lyrics, or really any Taylor Swift trivia, i.e. “scarf.” IYKYK. 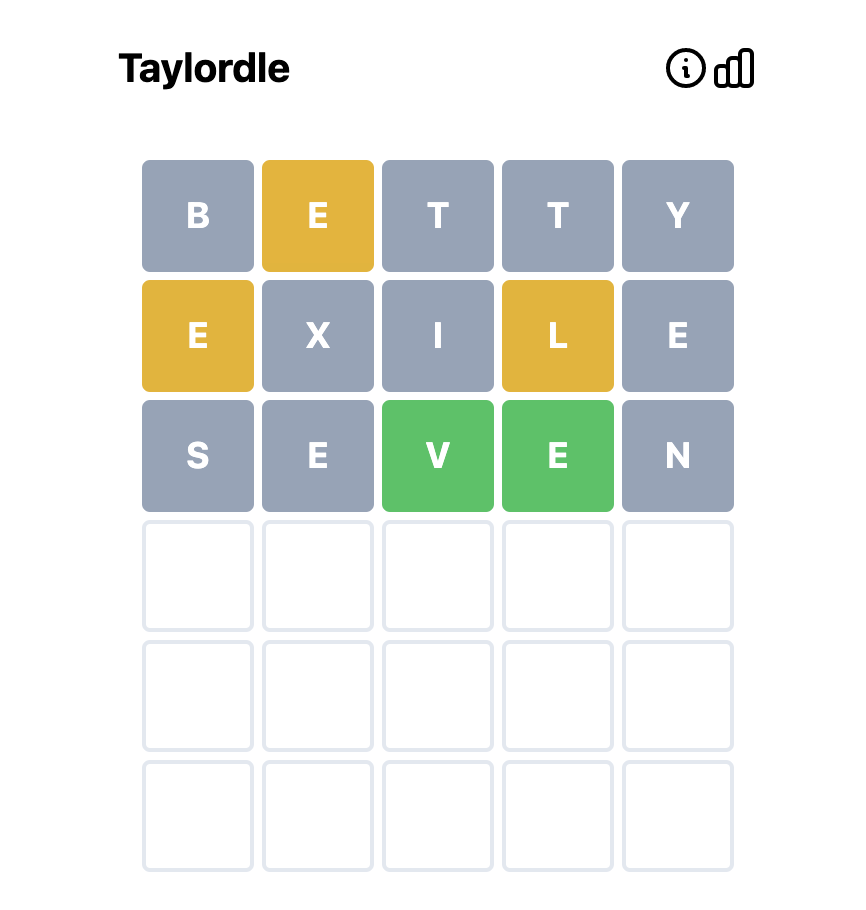 If there’s a “Blank Space,” you know what to do.
Credit: Screenshot: Taylordle

Not to be outdone by the Taylor Swift fandom, there’s also a version for K-pop band BTS, and the Army is already hooked. The rules of the game are the same, except with BTS-themed vocab. The tiles turn purple instead of green, which is of course a reference to the phrase “I Purple You.” 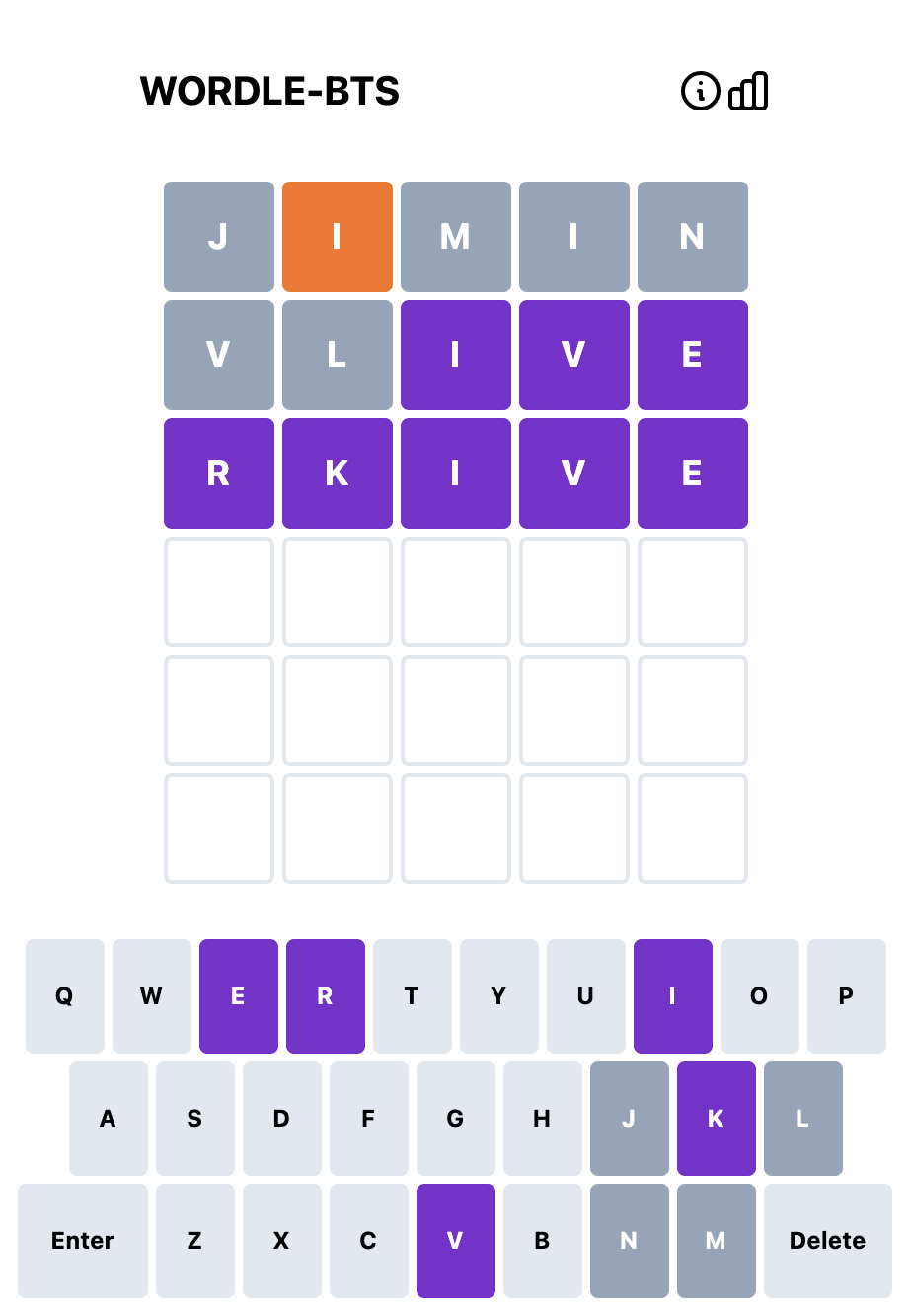 If you’ve tackled the original Wordle, and all the Wordle clones, there’s Wordle Unlimited. It’s just like the game we know and love, except with unlimited words, so you don’t have to wait an entire day to play again. Plus, this version has a feature where you can enter a custom word and play with friends. Wordle purists might scoff, but we won’t “JUDGE.” 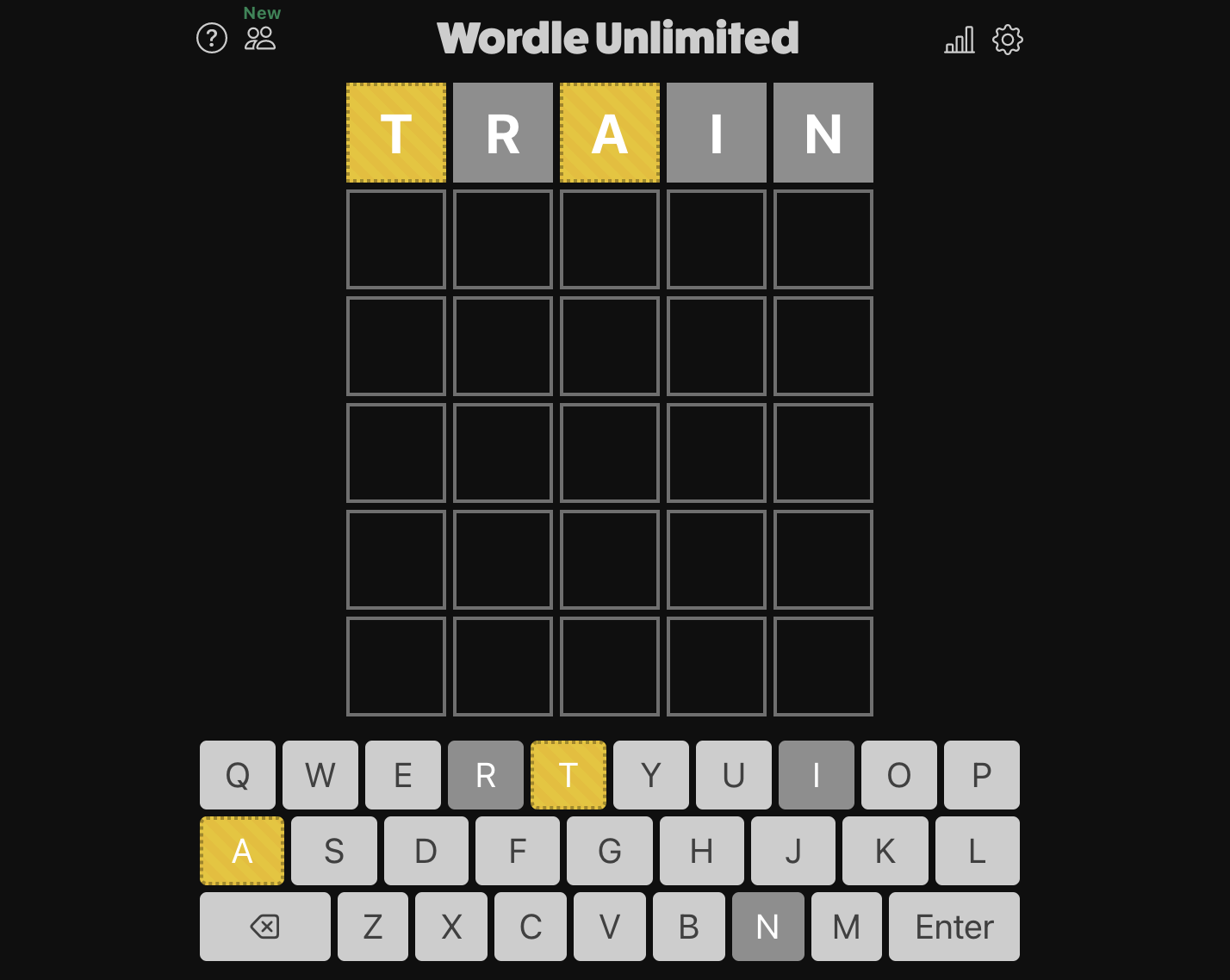 Gleefully mocking the futility of SEO strategy, the rules of Searchdle are as follows: “Word length varies wildly (like SEO advice.) Words are random (like SEO data) but you can share your particular word with a friend (like SEO spam.)” It’s fun in a laughing-through-the-tears kind of way. 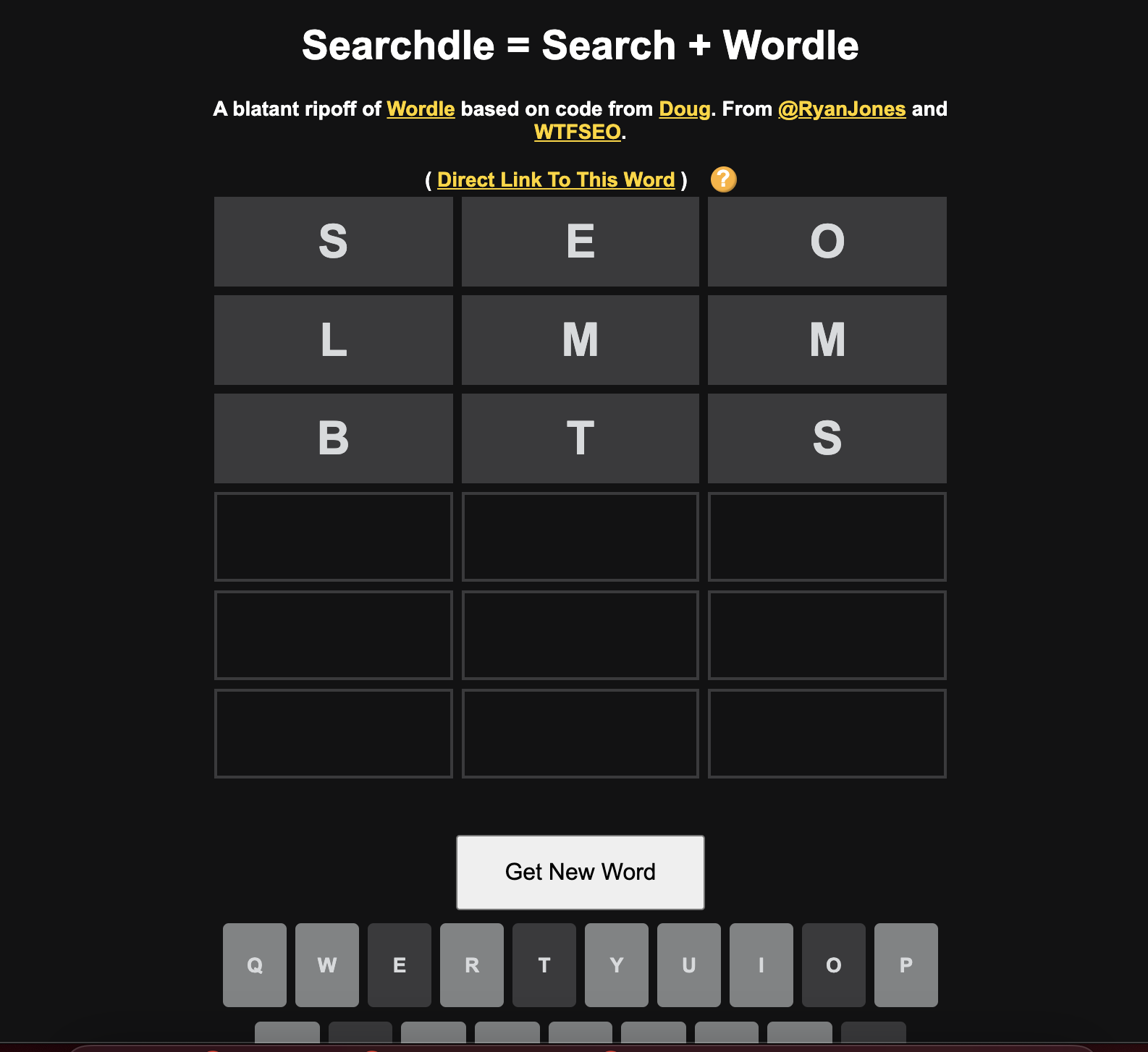 For a word game based on vocabulary knowledge, it’s only fitting that there’s now a version celebrating Jewish culture’s contribution. Even if you’re not Jewish, Hebrew and Yiddish words are so ubiquitous that you’ll probably be able to make a few guesses. Mazel tov. 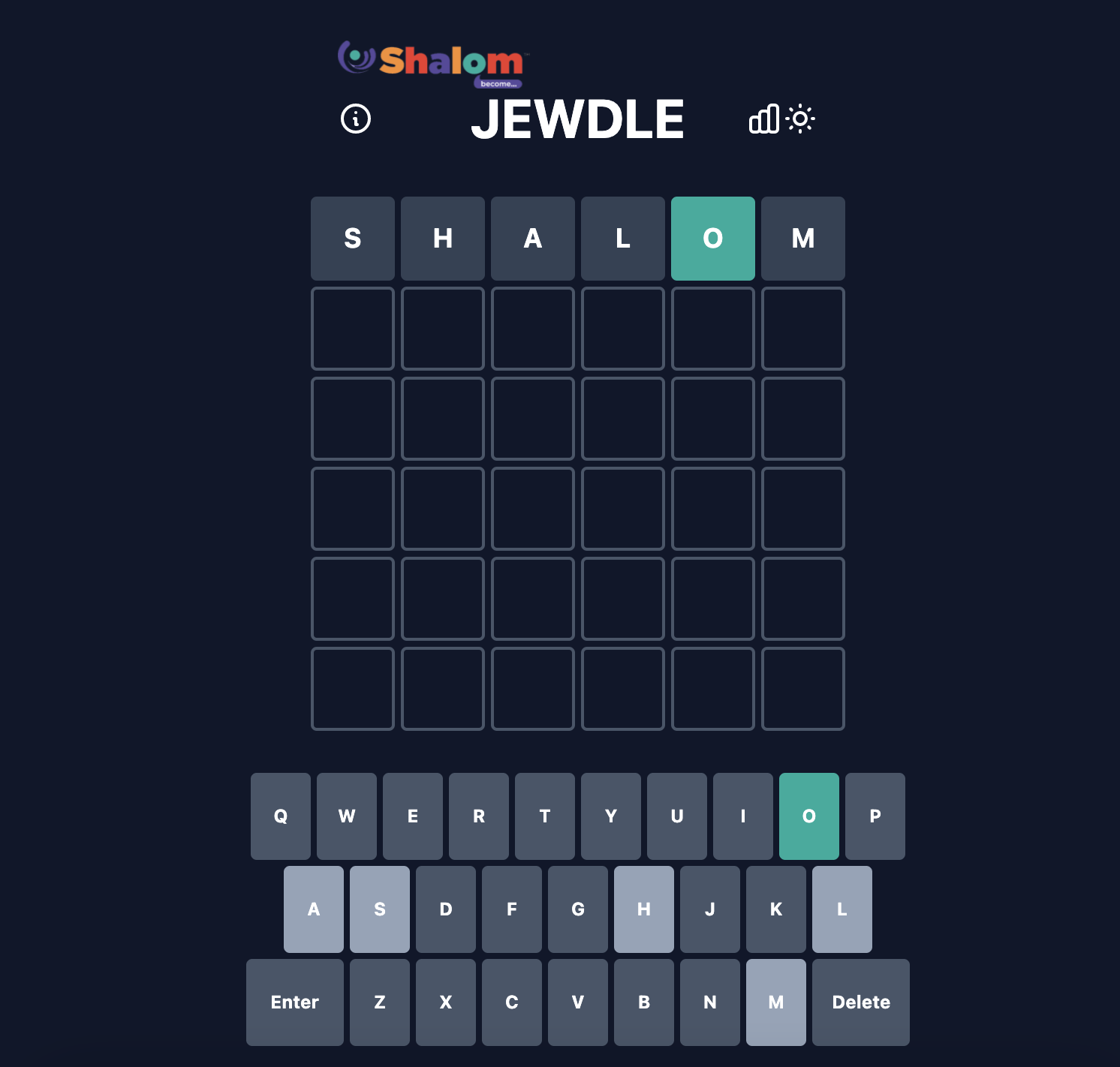 ‘Jewdle’ also explains the meaning of the word if you get it right.
Credit: Screenshot: Jewdle / dabbles

The Star Wars franchise has one of the most legendary followings of all time, so it’s no surprise that this fandom would jump on the Wordle bandwagon. Using vocabulary from Wookieepedia this version will test your knowledge of the galaxy far far away. 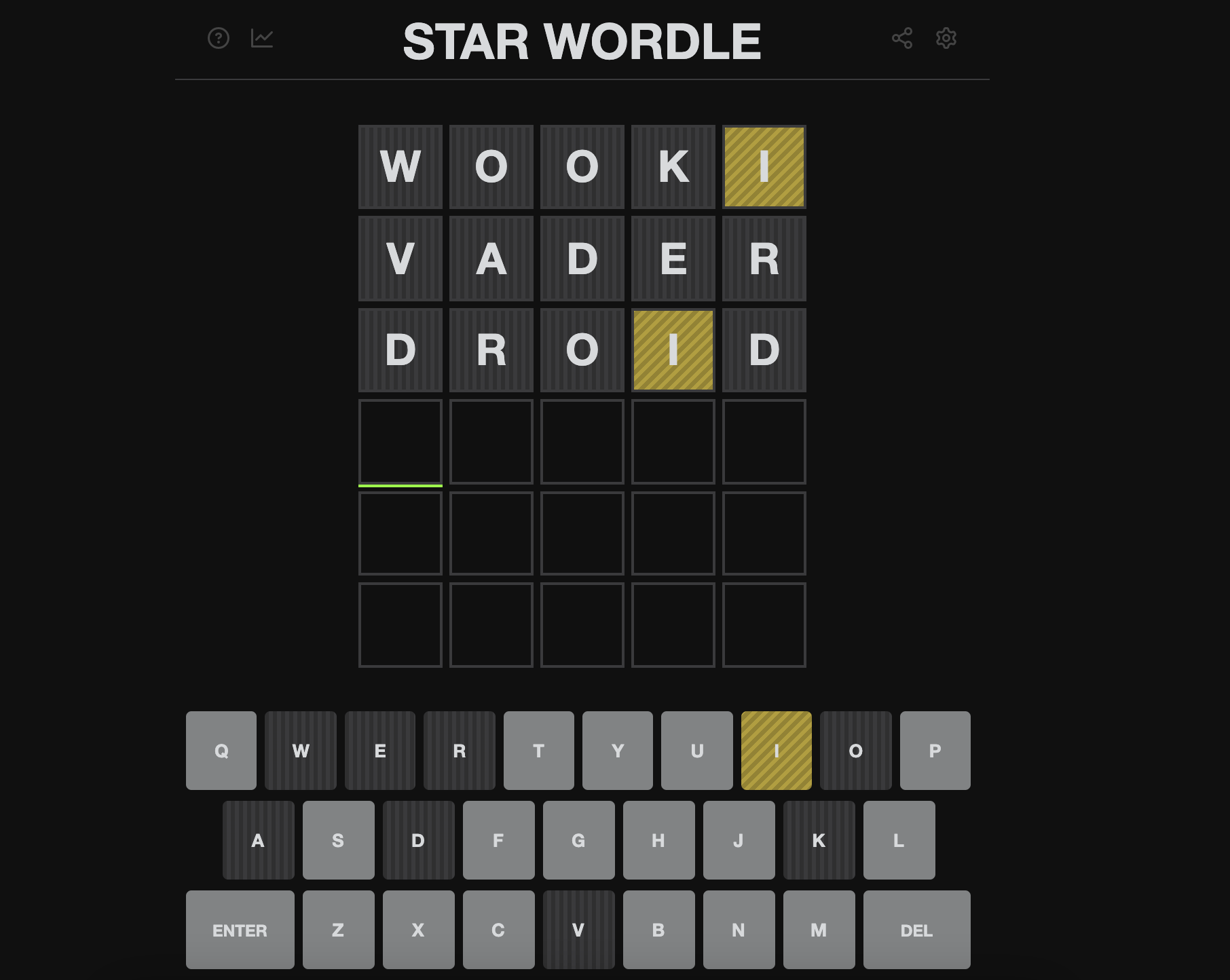 May the force be with you.
Credit: Screenshot: Star Wordle

A Career as a YouTuber: The Pros and Cons

Apple’s new M2-powered MacBook Air is cheaper than ever

A new rover with crescent-shaped “wheels” could conquer…

Here’s the answer for March 28