BMW will use Amazon Alexa to build its next voice assistant…

Cyclists searching for a biometric fingerprint bicycle lock that securely attaches to the disc brakes on your bike. Maybe interested in the Yeelock a biometric bike lock capable of storing up to 16 different fingerprints the 6 mm lock pin fits most bicycles, mountain bikes and even electric bikes and some motorcycles.

The IPX 7 rated lock has launched via Kickstarter this month and thanks to over 220 backers has already blasted past its required pledge goal with still 44 days remaining. The unique bicycle lock can be fitted and unlocked in under a second and is small enough to fit in your pocket.

Backer early bird pledges are now available for the inventive project from roughly $55 or £41 (depending on current exchange rates), offering a considerable discount of approximately 27% off the retail price, while the Kickstarter crowd funding is under way.

“Whether you’re heading out for a long trip or just going down the block, you may be concerned about your bicycle or motorcycle getting stolen when parked. When parking outdoors, a disc brake lock system can ensure your bicycle/motorcycle stays safe, so it is difficult for thieves to get it. Introducing Yeelock, an anti-theft disc brake lock with fingerprint + key dual unlock methods that offers ultra portability, IPX7 waterproof attributes and great durability. Being lightweight, flexible and easy to use, it is the ideal lock for urban and recreational cyclists alike.”

With the assumption that the Yeelock crowd funding campaign successfully raises its required pledge goal and the project completion progresses smoothly, worldwide shipping is expected to take place sometime around April 2022. To learn more about the Yeelock bicycle disc brake fingerprint lock project checkout the promotional video below.

“Unlike the traditional bicycle/motorcycle locks, which may be clumsy and in some situations, you are just trapped in finding the key to unlock. Yeelock is a truly portable disc brake lock that fits right in your palm and won’t take much space. You may simply put it in the pocket for carrying on the road. It is compatible with the Fingerprint + Key dual unlock methods, while maintaining the traditional method to unlock with a key, it can also be unlocked in 0.3 seconds using your fingerprint. It provides true convenience using smart fingerprint encryption technology so as to guard your bicycle/motorcycle securely.” 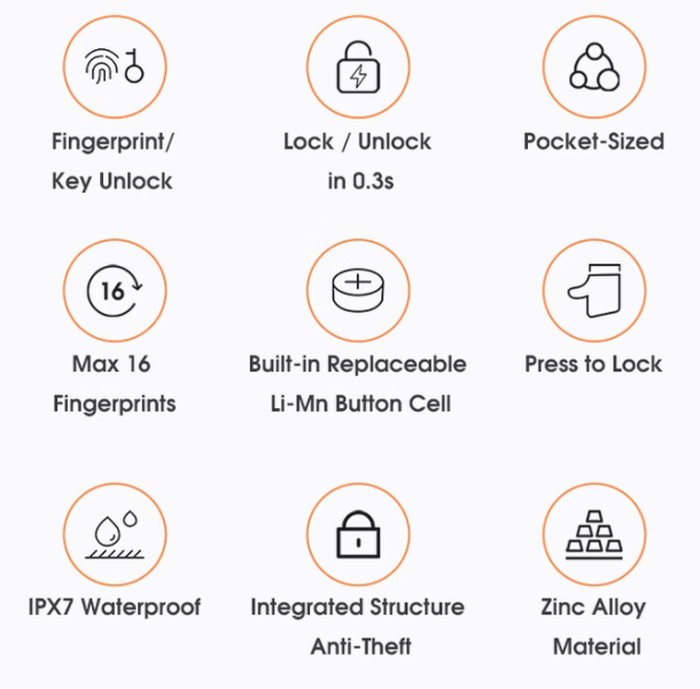 “The fingerprint collector uses a semiconductor fingerprint sensor with high level security. Within 0.3 seconds, the lock can be opened with one tap. The fingerprint recognition accuracy rate reaches 97%. In all, it provides speed recognition, fast unlocking, efficiency and convenience.”

For a complete list of all available campaign pledges, stretch goals, extra media and detailed specs for the bicycle disc brake fingerprint lock, jump over to the official Yeelock crowd funding campaign page by visiting the link below.

Democrats are getting comfortable clowning on Republicans…

15 years later, the most hated epilogue in games deserves…