Control your avatars with NVIDIA ACE

Over the course of the last few years, Firewalla‘s combined firewall and router devices have made a name for themselves as the go-to hardware security tools for many enthusiasts and small businesses. Today, the company started shipping its newest device, the Firewalla Purple, a diminutive gigabit firewall and router that is currently retailing for $319.

With the Purple, Firewalla, which was founded in 2015, is filling a hole in its lineup, which until now included 100 Mbps and 500 Mbps devices for home and small business users with prices ranging from $129 to $199, as well as a $458 3 Gbps+ device for larger businesses. With many homes now having access to gigabit internet connections, though, the Purple slots in nicely in the middle there.

Like its other devices, the Purple’s core function is as a firewall, but with a device watching over your network, you can obviously do a lot more. In addition to monitoring and controlling your internet usage, the Purple also includes the ability to filter ads and provide parental controls to block access to adult content, for example, or to take the Xbox offline after a specific time. But it can also function as a VPN server and client and if you want granular control over everything in your network, the Firewalla app allows you to go very deep into managing and shaping your network and traffic. To make that a bit easier, you can manage devices separately or group them in ways that make sense for your network and usage (I have groups for all of my desktops and IoT devices, for example).

One nifty feature of the Purple is that it features a built-in WiFi, so it can function as a travel router, but in a nifty twist, you can also tether it to your phone and provide internet connectivity to your network when your regular internet connection is down.

As Firewalla co-founder and CEO Jerry Chen told me, this WiFi feature was originally something the company’s engineers wanted to play with — and I think that’s a good example of how Firewalla as a whole thinks about building its devices. “It’s all accidental,” Chen said. “The travel thing is purely accidental. We build fault tolerance into [the Purple]. Then, our engineers just go ‘I want to play with this.’ And they got another channel out from the same WiFi chip.”

Depending on your network configuration, you can either connect the USB C-powered device in line between your modem and router or simply connect it to your router like any other ethernet-wired device. Firewalla offers a pretty straightforward guide to doing so and no matter which route you go, it shouldn’t take more than five minutes to get everything up and running. 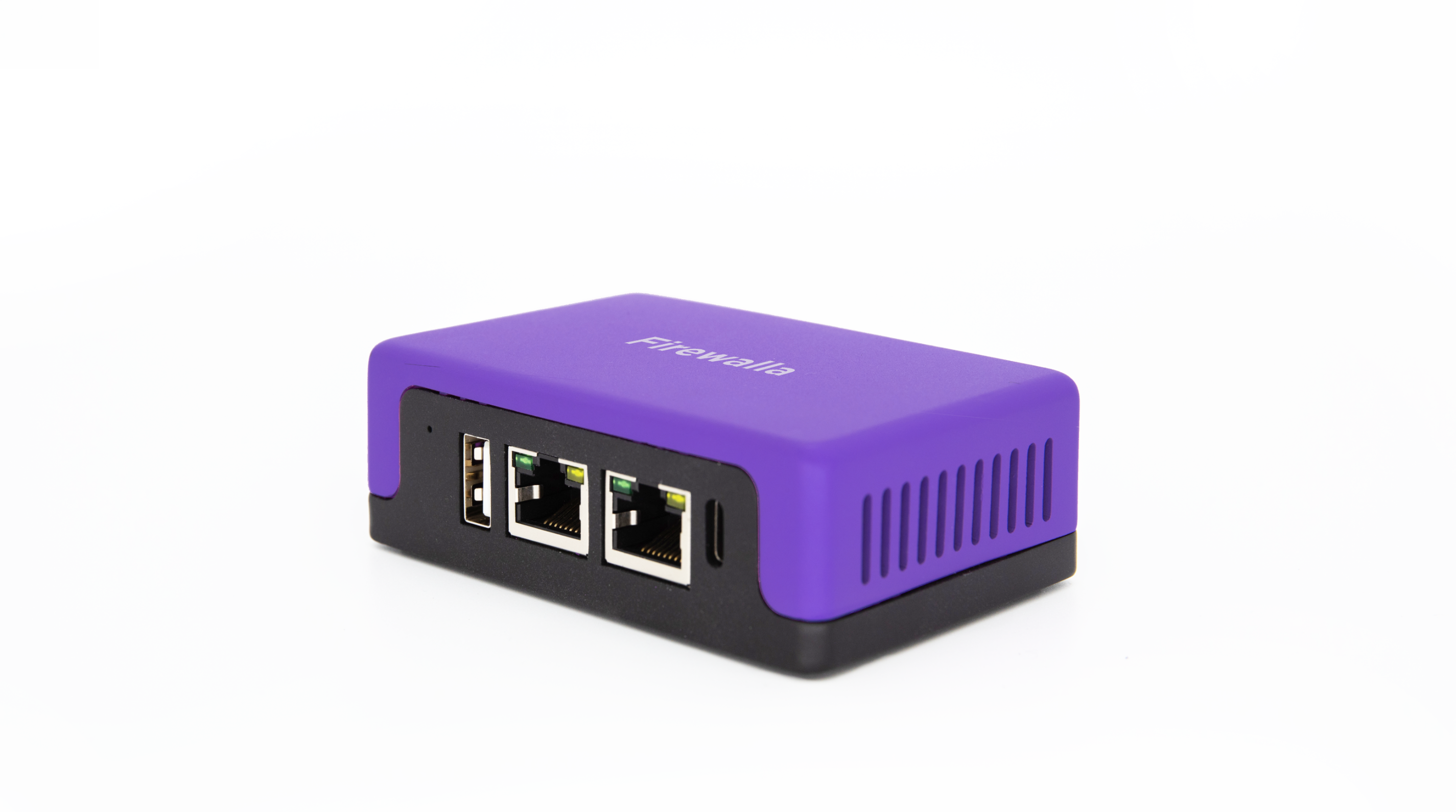 There is one exception: if you use Google WiFi or Google Nest’s mesh routers, which don’t support a number of specific networking modes that Firewalla needs to see and manage all your networking traffic, your setup will be a bit more complicated or you may not be able to see all the details about traffic on the mesh network).

As Chen noted, the company has tried to talk to Google. “The problem with Google WiFi is it’s not trying to play nice with people,” he said and explained how the mesh router simply can’t be put into bridge mode or AP mode, necessitating a relatively hacky workaround. “We’d rather people not use Google WiFi — it’s just a unit trying to be the king of your network and we don’t want that to happen,” the always outspoken Chen said.

As Chen noted, the majority of Firewalla users are prosumers — users who want (or think they want) more advanced networking features. Often, these users then take these devices and bring them into small businesses as well. While you could always go for a complex networking setup from vendors like Cisco, Firewalla’s advantage is that it is extremely easy to set up. 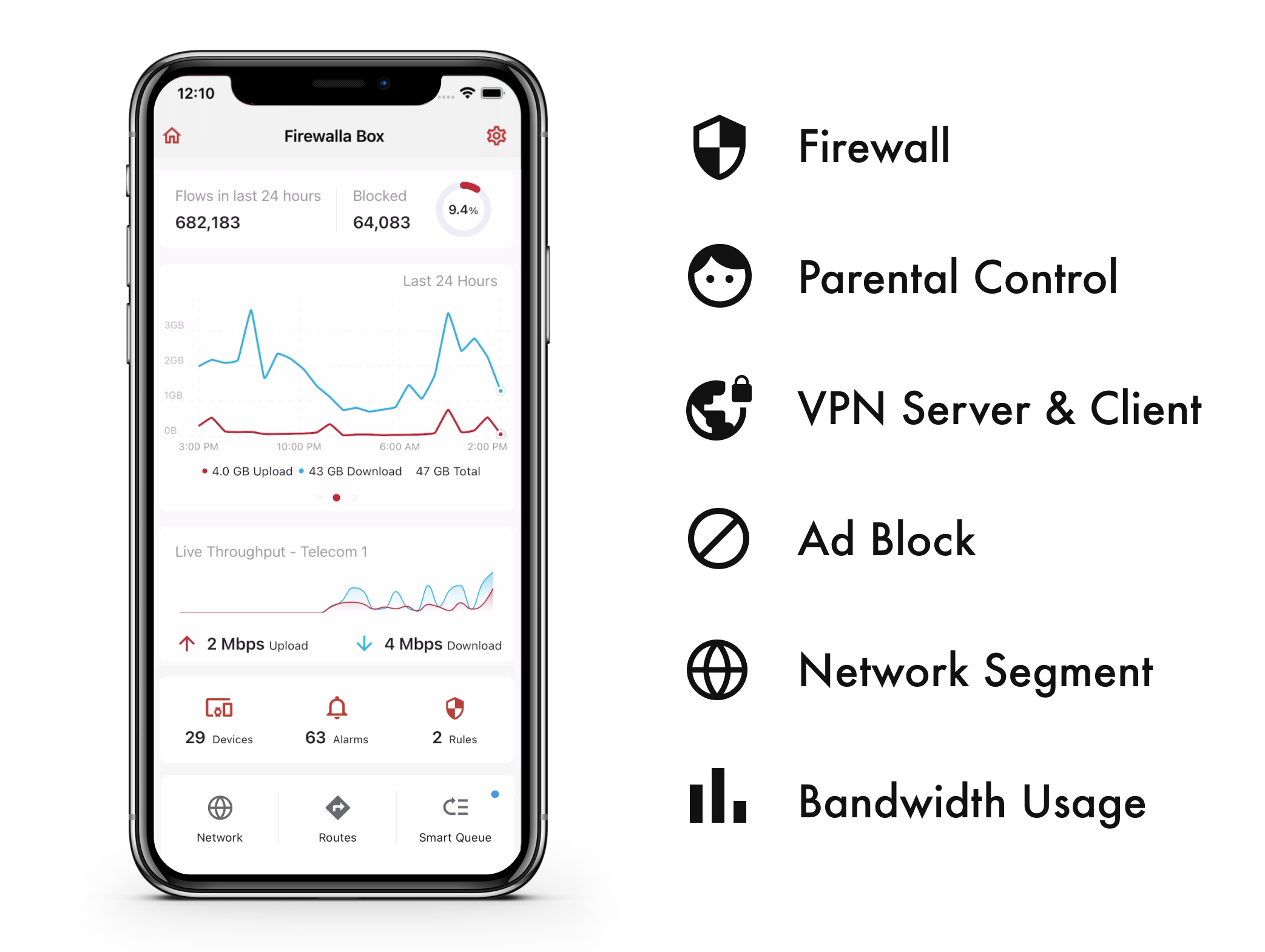 “A lot of our customers are technology people — IT, InfoSec — and what I hear from them is ‘I want to go home. I don’t really want to do the stuff I do at work [at home] because it’s too complex for me. I want something simple — but not stupid,” said Chen. Stupid, he argues, would be a button that simply says ‘secure.’ That would be nice, but that’s not how security works. Instead, the company’s users want to be able to easily create rules and tune the network to their needs. “The best design is no button, but that’s not possible with security because security is not a no-button game,” said Chen.

For the user, that means the app for managing the device, while taking some getting used to, is mostly pretty intuitive — but if you want to delve deeper, you can and set up custom routes and dig deep into the internals of your network. It won’t hold your hands, though. You can easily mess up, too. During the first couple of days, you’ll also get a lot of alerts, simply because you still have to teach the router what is normal traffic on your network and what is not. 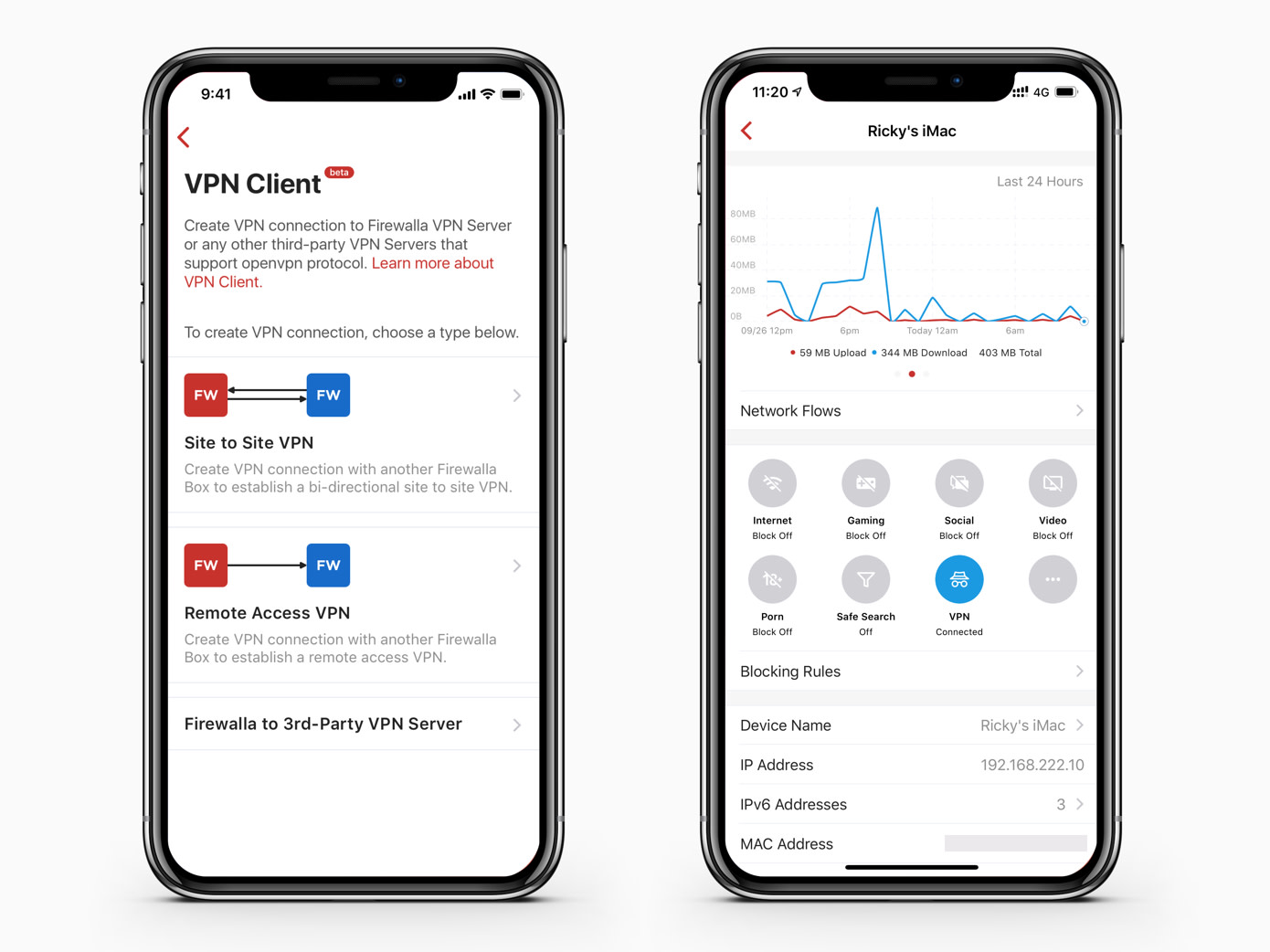 As for the hardware, despite the chip and logistics crisis, which is also affecting Firewalla and its product lineup, the company is now able to ship the Purple router. But as Chen noted, where a few years ago, it took three weeks to build a device, 20 days to ship and then a few days to clear customs, it can now take months — and even though the company had locked in and paid deposits for production runs for its chips, manufacturers now often need more time and want to charge higher prices. An Ethernet MAC chip, he noted, used to cost cents, now the price is up to a few dollars.

Chen admitted that this put quite a bit of pressure on the company, which found itself in a bit of a cash crunch because of these delays. So while the pandemic helped the company grow a lot — with people at home looking to secure their networks — it also faced a lot of challenges on all fronts because of it. But it was able to weather the storm, in part through some inventive maneuvers. Since it wanted to get a few of the Purple’s out to beta testers early, for example, but couldn’t start a full production run, it wanted to do a micro build of 100 units — something that was expensive but that it was able to do fast because it was able to sneak it in as a sample run.

The one thing you won’t see Chen do anytime soon, though, is raise outside funding. Instead, the company was one of the early adopters of crowdfunding for its products. When he went to talk to VCs early on, the ones he talked to didn’t yet understand that consumers would want to bring these security tools to their homes.

“[The reason] we’re not VC-funded is because I’m an engineer. I just really can’t sit there and talk to VCs and pretend they know what they’re doing,” said Chen.

Control your avatars with NVIDIA ACE