As the country awaits a final decision from the United States Supreme Court on the future of Roe v. Wade, reproductive justice activists and community members rallied together in several nationwide marches to call for bodily autonomy.

The groups organized in response to a leaked draft opinion on a current Mississippi abortion law case being heard by the Supreme Court. As written, the opinion would effectively overturn the protections established by the 1973 Roe v. Wade decision. Reproductive justice advocates say that frightening reversal would threaten the lives of many pregnant people, and could have lasting repercussions on the general right to privacy.

People took to the streets on Saturday to protest this potential future. The May 14 Bans Off Our Bodies Day of Action was organized by Planned Parenthood and those behind the annual Women’s March.

Groups gathered around the country, including a march outside of the Supreme Court building and around the nation’s capital. Organizers expected around 17,000 protesters in Washington, D.C., alone, and many more joined in support online. Planned Parenthood also asked individuals to sign the Bans Off Our Bodies petition. 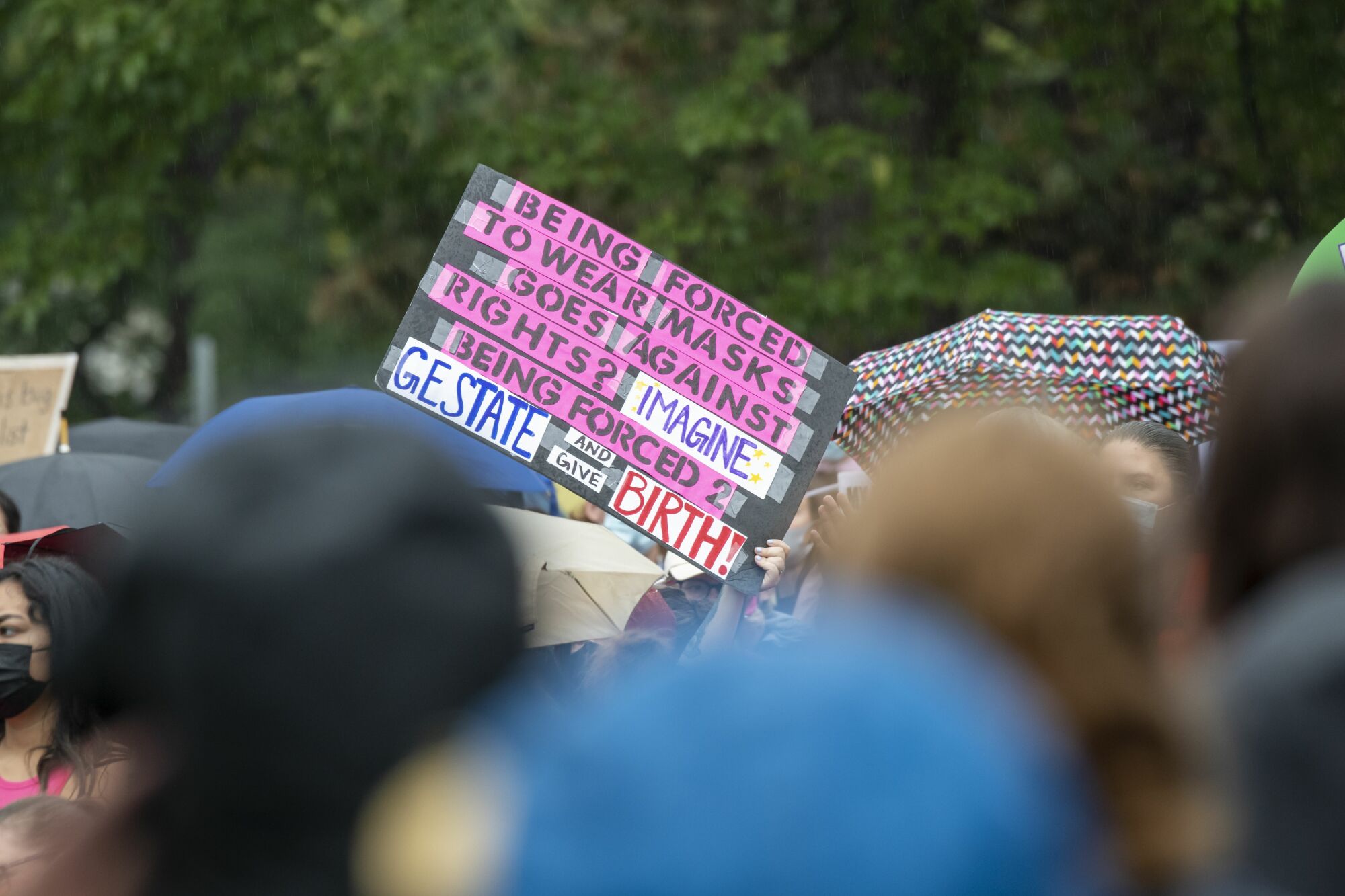 Texans already face some of the strictest abortion laws in the country.
Credit: Mark Felix / AFP The Supreme Court’s impending decision could impact two essential privacy precedents at the center of abortion rights. The first of which is the Roe decision, which determined that restrictive state abortion laws were unconstitutional and opened up a wave of reproductive justice activism, and the second is the 1992 Planned Parenthood v. Casey case, which reaffirmed Roe’s protections against state abortion bans.

Before the national day of action, 160 celebrities signed onto a May 13 Planned Parenthood document condemning the leaked decision and demanding government leaders step in to protect reproductive rights.

The Supreme Court justices met for the first time since the leak, which critics say is a breach of the public’s trust in the court itself, on May 12. A final decision won’t be released until closer to the end of the court’s session in June or July. On May 11, the Senate failed in its attempt to lay down abortion access as federal law after a Republican filibuster.

Human-Neanderthal relations were more violent than we think

10 Keyboard Shortcuts That Work on Both Windows and Linux

‘Willow’ trailer: The George Lucas classic gets a fantastical series

Astronomers discover a planet with one of the most unusual…