I’m not really a huge chocolate person, but even I can admit it’s difficult for chocolate to be bad. To that end, MrBeast — the incredibly popular YouTuber — is channeling his inner Willy Wonka to launch a line of tasty, if not world-changing, treats: chocolate bars.

Anyway, Donaldson’s latest venture is a food company called Feastables, touted in a press release as “a better-for-you snacking brand rooted in gamified experiences.” Basically, the company plans to hold sweepstakes for $1 million in giveaways, from Teslas to Beats headphones to electric bikes. But that’s not all: A few winners will get to experience a very surreal trip to MrBeast’s chocolate factory.

“Ten lucky Grand Prize winners will travel to compete in a MrBeast YouTube video for the chance to win MrBeast’s Chocolate Factory,” the press release reads. “Yes, this really exists.”

OK, so all the spectacle aside, how’s the actual product? Pretty good! The chocolate bars are marketed as a simpler alternative to the mass-produced stuff. They have just four ingredients, are gluten free, and come in three flavors: original chocolate, almond chocolate, and quinoa crunch chocolate. Donaldson has Crohn’s Disease, and the idea was to create a fun treat with a limited number of ingredients.

The packaging is bright and loud, which is kind of to be expected.
Credit: Mashable

I was sent a whole mess of chocolate bars, more than I’ll ever eat. But I gave each flavor a few bites out of dedication to my job.

Again, I’m not a huge chocolate person, but of the three flavors, I think the quinoa crunch was by far the best. It had great texture and tasted something like a thinner, snappier, darker Crunch Bar. My wife, a bigger chocolate fan than me, agreed the quinoa was best, but she also enjoyed all three flavors.

While the bars are marketed as better for you, from a purely caloric standpoint there’s not much difference between a MrBeast bar and a Hersey bar. The Feastables bars are definitely darker, richer, and snappier — it tastes fancier, more luxurious — but doesn’t have that whole melt-in-you-mouth addictiveness of its Hershey competitor. 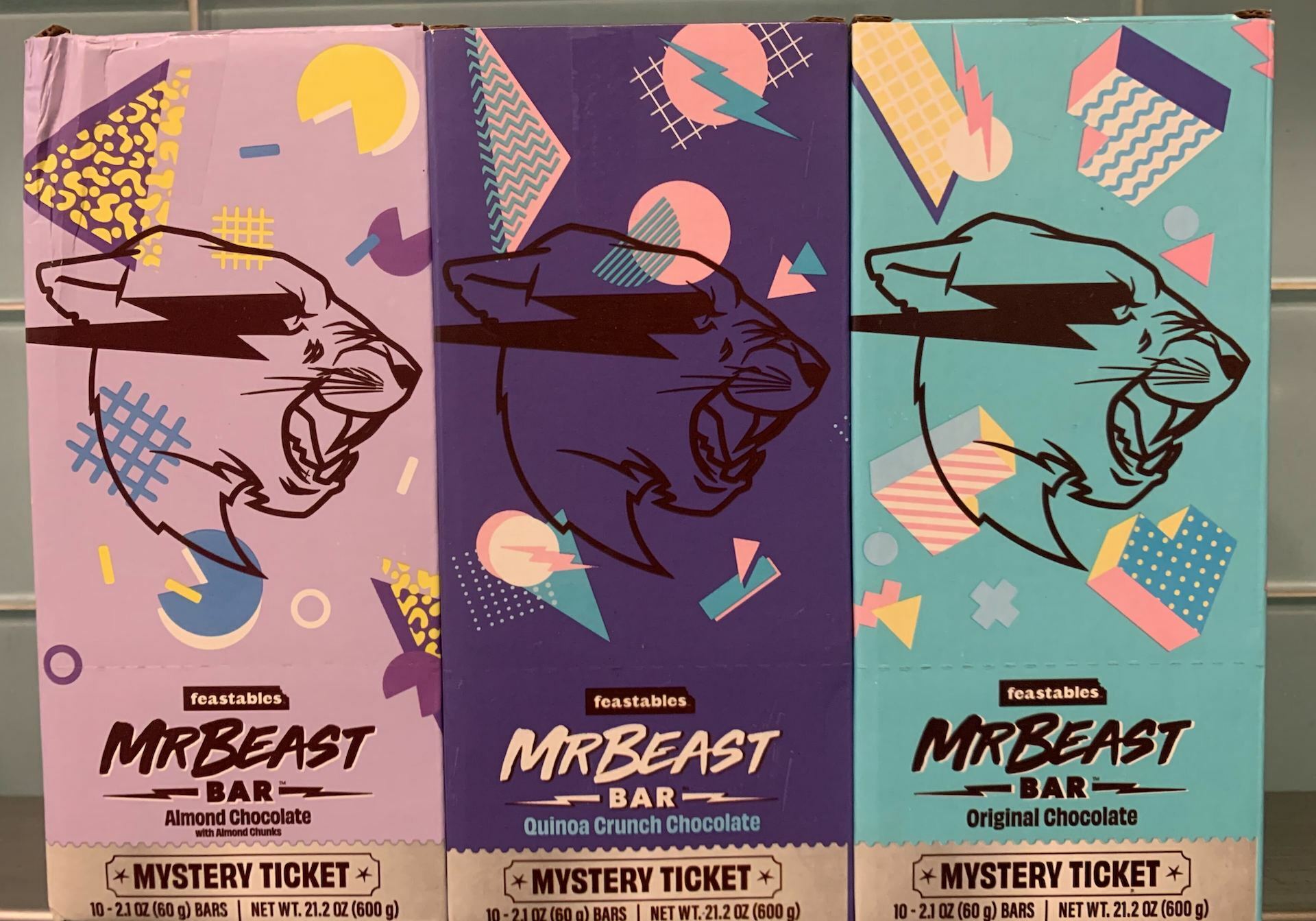 I now have more MrBeast candy bars than I will ever need.
Credit: Mashable

The MrBeast bars are also clearly made to look more, well, appealing to kids who watch countless hours of YouTube. They’re brightly packaged and have zigzag patterns on the bar itself. They have a crease to break off a piece that reads “share,” while the unperforated end reads “devour.” 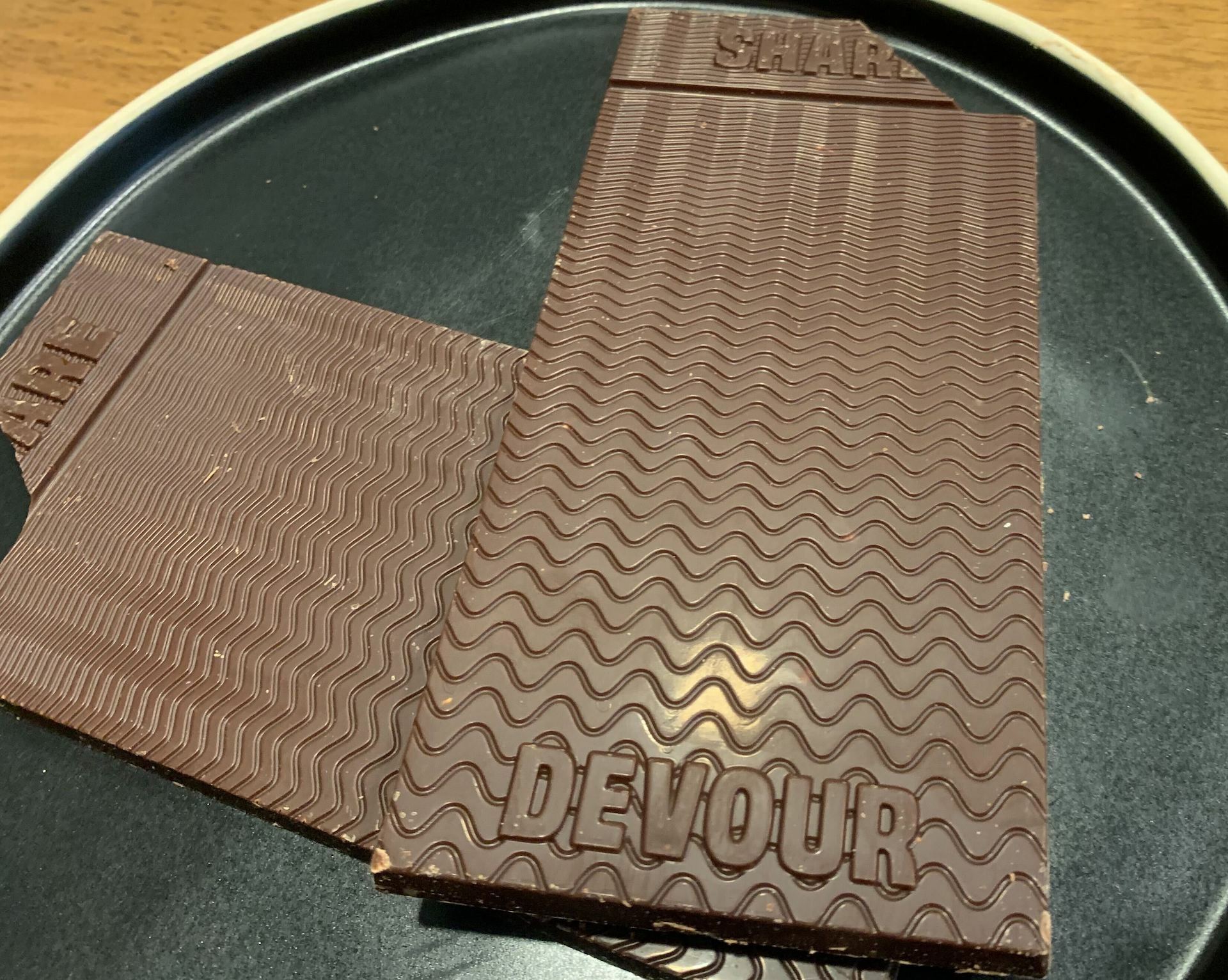 So would I buy the chocolate bars from MrBeast? I mean, probably not, but that’s just because chocolate isn’t one of my vices. If chocolate is your vice, then I don’t see you being disappointed with the product.

The chocolate is now available for purchase through Feastables, Walmart, and GoPuff. A single bar will cost anywhere from $3 to $3.50, with options to buy packs of 10 or variety packs at around the same price per bar.

How to Use NURBS Curves in 3D Modeling: A Blender Tutorial

The Most Popular JavaScript Frameworks of 2022